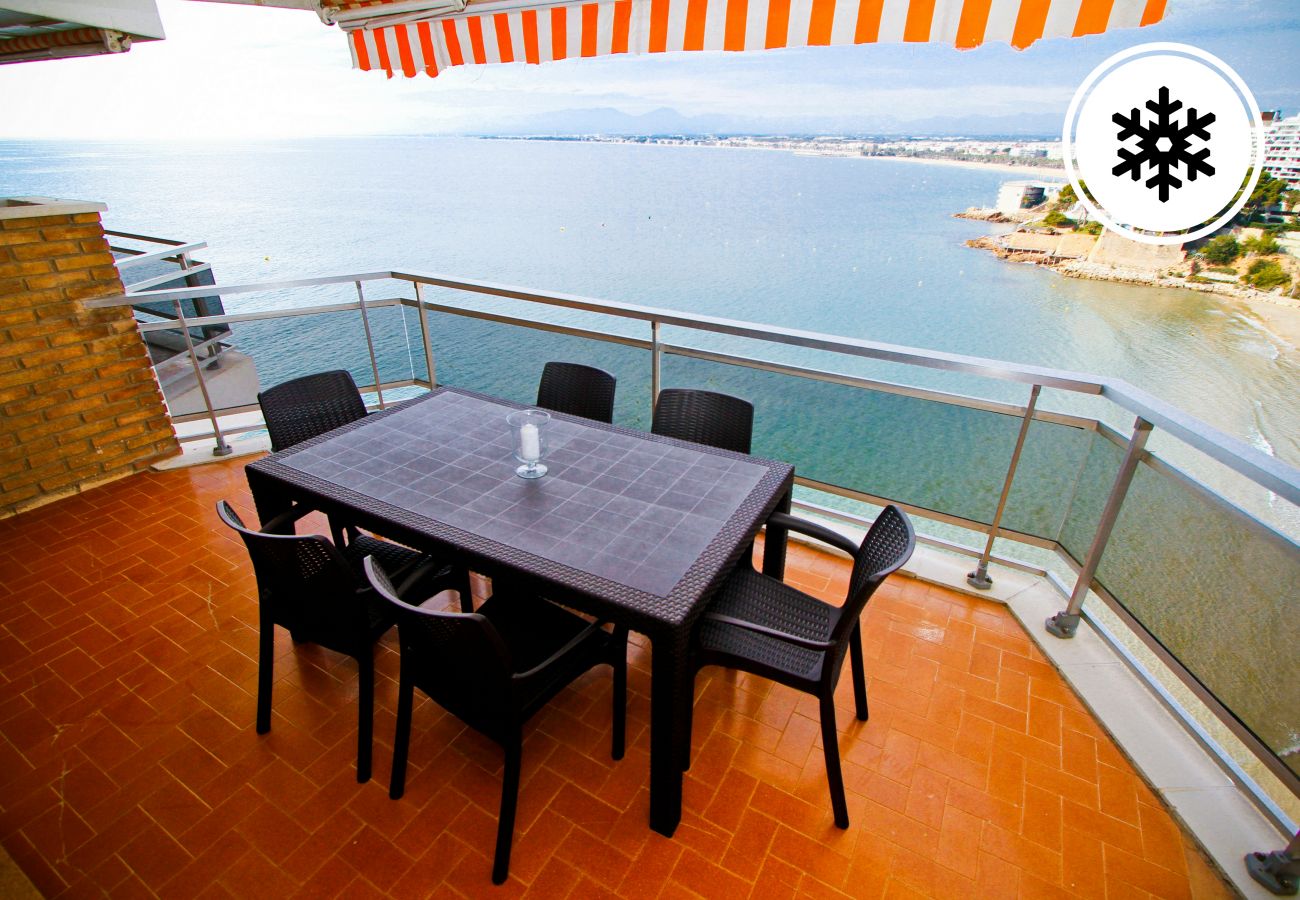 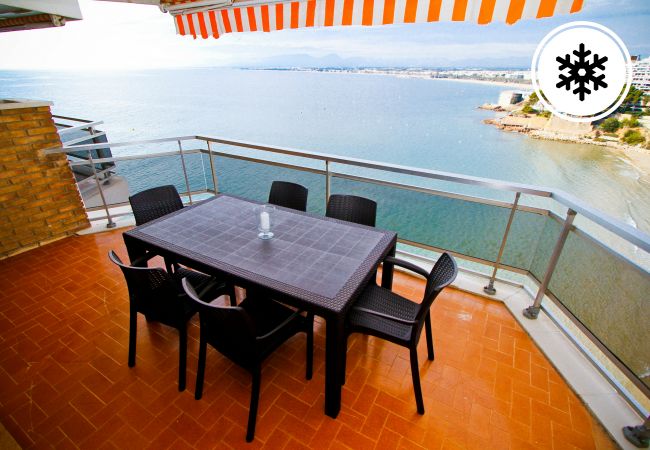 Beachfront apartment for tourist rental located in Salou, Costa Dorada. It has beautiful views of the sea and the beaches of the city. From the same building you can go down stairs directly to Capellans Beach. It has air conditioning in the dining room. There is a community pool. Included in the price is an underground parking space.

The accommodation Bahía 1 consists of two double bedrooms, one with a double bed and the other with two single beds, as well as a double sofa bed in the dining room. It has a fully equipped kitchen, two full bathrooms, a very large living room with TV and air conditioning, and a terrace with views of the Capellans beach and the Llevant beach of Salou, as well as the Salou promenade.

Tourist tax: Included in the total price
Tax calculationPlease add the dates of the stay to display the tax conditions

- Animals are admitted to this accommodation, except for dangerous animals.